Home / News / What are the types of cable cutters

What are the types of cable cutters

As a kind of large scissors, cable cutters were first i […] 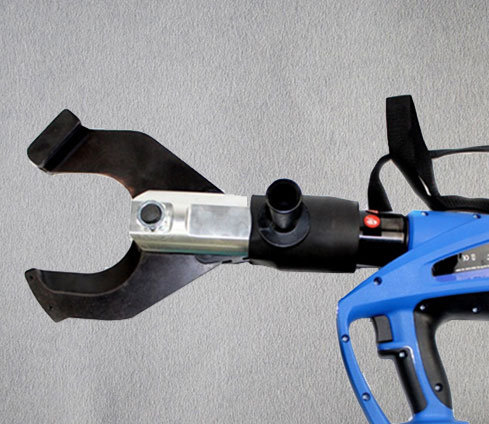 Manual cable cutters are similar to ordinary scissors, but they are larger in size, longer handle, and harder. They can easily cut small cables, but large cables are usually difficult to cut and require a lot of hand strength, so they are gradually eliminated.

The ratchet cable cutter is a manual tool that can quickly cut the cable. It consists of a handle device, a cutting device and a propulsion device. It adopts a mechanical ratchet structure and uses two gears to drive the card on the movable knife body. The teeth advance forward, so that the circular part formed by the movable blade body and the blade edge part of the fixed blade body is gradually reduced to achieve the effect of shearing.

The hydraulic cable scissors are composed of clamp groove, chain ring groove, movable knife guide groove, static knife guide groove, hydraulic cylinder and other parts. High-pressure liquid is injected into the cylinder. Under the action of hydraulic pressure, the plunger pushes the movable knife to move, and cooperates with the static knife to form a shearing force to cut the circular chain. It is divided into two categories: manual hydraulic scissors and electric hydraulic scissors.

The electric cable cutter is a cable cutter that adopts electric mode. It uses lithium battery as the power source, which can easily cut large cables.

PREV: What are the types of electric cable cutters and what are their application areas      NEXT: Ratchet cable cutter makes cutting cables no longer laborious